A tree tunnel is a road, lane or track where the trees on each side form a more or less continuous canopy overhead, giving the effect of a tunnel. The effect may be achieved in a formal avenue lined with trees or in a more rural setting with randomly placed trees on each side of the route. It can create a beautiful setting.

1. Jacarandas Walk, South Africa
Over 10 million trees keep South Africa’s largest city green. According to several unofficial sources, Johannesburg is home to the world’s largest man-made forest.
There are at least 49 species of Jacaranda, most of them native to South America (particularly in Uruguay, Brazil, Peru & Argentina), and the Caribbean basin. The tropical trees were imported to South Africa over one hundred years ago. October is the month when the flowers of thousands of Jacaranda trees are in full blossom.
This spectacular tree tunnel is located either in Johannesburg or Pretoria, the Jacaranda City where 70,000+ Jacarandas add vivid splashes of purple-blue to the urban landscape.
2. Tunnel of Love, Ukraine
One of the most beautiful tree tunnels in World can be found near the city of Klevan in Ukraine - The Tunnel of Love. This is in fact a train tunnel of trees. It's the main attraction in the area and also one of the most beautiful places in Ukraine.
During the warm months of the year the trees planted next to each other form a fairy green tunnel along one kilometer (0.6 mi) long section of the railway. Not a lot of people seem to know very much about the tunnel, or have ever heard of it at all, making it a well-kept secret.

3. Cherry Blossom Tunnel, Germany
Cherry Blossom Tunnel (Heerstrabe) is located in the German city of Bonn. It is a peaceful street over which, a series of beautiful trees of cherry blossoms droop. Spring becomes alive when the blossoms are in full bloom overhead.
Two such roads in Bonn has cherry trees planted around but the mostly travelled isHeerstrabe. Cherry blossoms are said to last for 7- 10 days on average and it greatly depends on weather conditions. [link, map]

4. The Dark Hedges, UK
This tunnel of beech trees is known locally as "the dark hedges" are thought to be around 300 years old. There are over 100 beech trees which line the Bregagh Road which is near the village of Stranocum in County Antrim,  Northern Ireland. They form an arc over the road and there have been concerns that some of the trees present a risk to road users because of their condition.
It is a much photographed scene and is a popular location for Northern Ireland photographers and international visitors. It has featured in the UK Landscape Photographer of the Year book in each of the first 4 years. Regrettably the character of the site has now been spoiled by the recent construction of a bright green sheep fence built inside the tree line.
5. Rua Gonçalo de Carvalho, Brasil
A green tunnel, formed by the crowns of more then 100 trees of the tipuana species, is the main attraction of Gonçalo de Carvalho street, at the south side of Porto Alegre, which recently gained the nick name of the “most beautiful in the world”.
The status was given by a Portuguese biologist who, amazed by the pictures on the internet, wrote an excited post regarding the place. Now, with almost 500 wooded meters (1,640 ft), it is the newest tourist point in the city.
Whoever visits the city always wants to see the street, but very few know that the fight to preserve it was immense. Plans by various business to remove some of the trees for development have been thwarted by the active community and in 2006, the road was officially declared a Heritage Environment in Latin America, the first time such an honour has been bestowed on an urban street.

6. Oak Alley Plantation Tree Tunnel, USA
Oak Alley Plantation is a historic plantation located on the Mississippi River in the community of Vacherie, Louisiana. It is protected as a National Historic Landmark.
It is named after its distinguishing feature, an alley (tree tunnel) created by a double row of live oaks about 800 feet (240 meters) long that was planted in the early 18th century, long before the present house was built. The tree tunnel runs between the house and the Mississippi River.
7. Natural Tree Tunnel, USA
This amazing tree tunnel is located in Mendocino County, California. Through  tunnel passes U.S. Highway 1, just north of Seaside beach. It is the most popular part of the highway between the local drivers.

8. Autumn Tree Tunnel, USA
This tree tunnel is simply astonishing. Its real beauty comes in autumn.  Autumn Tree Tunnel is located on the way up to Smuggler’s Notch, a Vermont state park. The eye-catching foliage starts changing its color in the northern region, in response to many environmental factors, and spreads south as the fall season advances.
9. Ginkgo Tree Tunnel, Japan
Gingko biloba is a highly venerated tree in Japanese culture. Six ginkgo trees survived the Hiroshima bombing, continuing to grow despite facing so many challenges, and are still alive today. Therefore, the Japanese regard the gingko as “the bearer of hope”. It is also known as “the survivor” or “the living fossil.”
Around 65,000 ginkgoes grace Tokyo’s streets, gardens and parks today. According to some people who visited Tokyo, the tunnel you see in the above pictures is located in the outer garden of Meiji Shrine.

10. Yew Tree Tunnel, UK
The medieval Aberglasney House features one of the most beautiful gardens in Wales, UK. They have been an inspiration to writers since 1470. The Yew Tunnel is a popular tourist attraction in this area. Believe it or not, it took nine years of pruning to restore this unique archway.
The Yew Tunnel is thought to have been planted by the Dyer family during the eighteenth century, and it is possibly unique in the U.K. When they had grown tall they were bent over to form an extended arch. Their trunks have spread and their branches have fused so that today it is hard to count how many separate trees commingle in the vast mass of this venerable growing gallery.
on Φεβρουαρίου 17, 2013 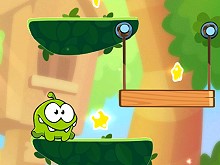 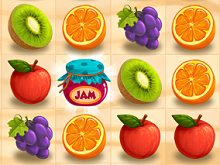 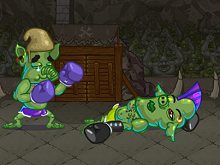 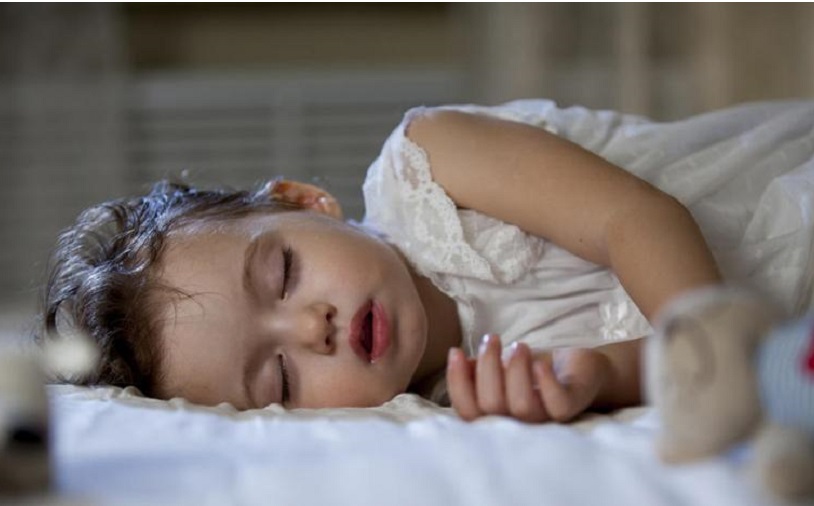